During last century and in a period of time called modern history of Iran, we have seen different changes in life of urban communities as whole, and urban and rural Kurdistan in particular. The range and power of such changes has been in such a level that we can claim that has changed the “life world” of Iranians considerably. Our field study faces in one way with a weak efforts of first generation for keeping of traditional values, for example; in the fields of religion, family and sociocultural problems, and on the other side face with double efforts of new generation who has made more adaption with modern elements like; new education, mass media, secular values and urban life values with orientation toward consuming and welfare. However, it must be mentioned that all human societies among them Kurdistan involves dynamic and consistent process of “detradtionalisation and traditionalisation.” This research has been done during two years and with studding and consistent referring to almost thirty villages of region called” Mukerian” located in south of west Azerbaijan. Dates of this research considering sociocultural peculiarities of studied rural by using qualitative methods and grounded theory and applying techniques like; deep interviews, oral history and field participation. Theoretically, new theories of modernization and some of theories which related to interpretive sociology have been our guidance and especially Engellhart’s theory of values evolution, new theory of modernization and reflexive modernity of Giddens have formed our conceptual framework. Anyway, observation, studies and “ lived experience” of researcher shows the happening of different “objective- subjective” kind of changes in the “ life world” of Kurdish rural under influence of environmental conditions, locating in border age and neighboring with Iraq and Turkey, historical, political and cultural conditions of geographical region called” Mukerian”, in different fields; “religion and spiritual values” ,social interactions, both inter and intra group relations, relation of couples, parents and their offspring, love and sexual issues, divorce, marriage and related traditions, in the fields of economic and livestock of rural” life style, including; house decorations and material used for building, decorative and cosmetic materials and… also in the field of cultural and ethnic changes, attention paid to clothing and music, art and literature and other ethnic and identity symbols, all show” modernizing of rural man .In fact we in one side observing “ creation of some new and modern traditions’ and in the other “ modernizing of some old traditions” in Iranian rural community and so in Kurdistan. All such changes guided us toward our field theory which we have called it “rural pseudo-modernism with Kurdish Iranian characteristics”. 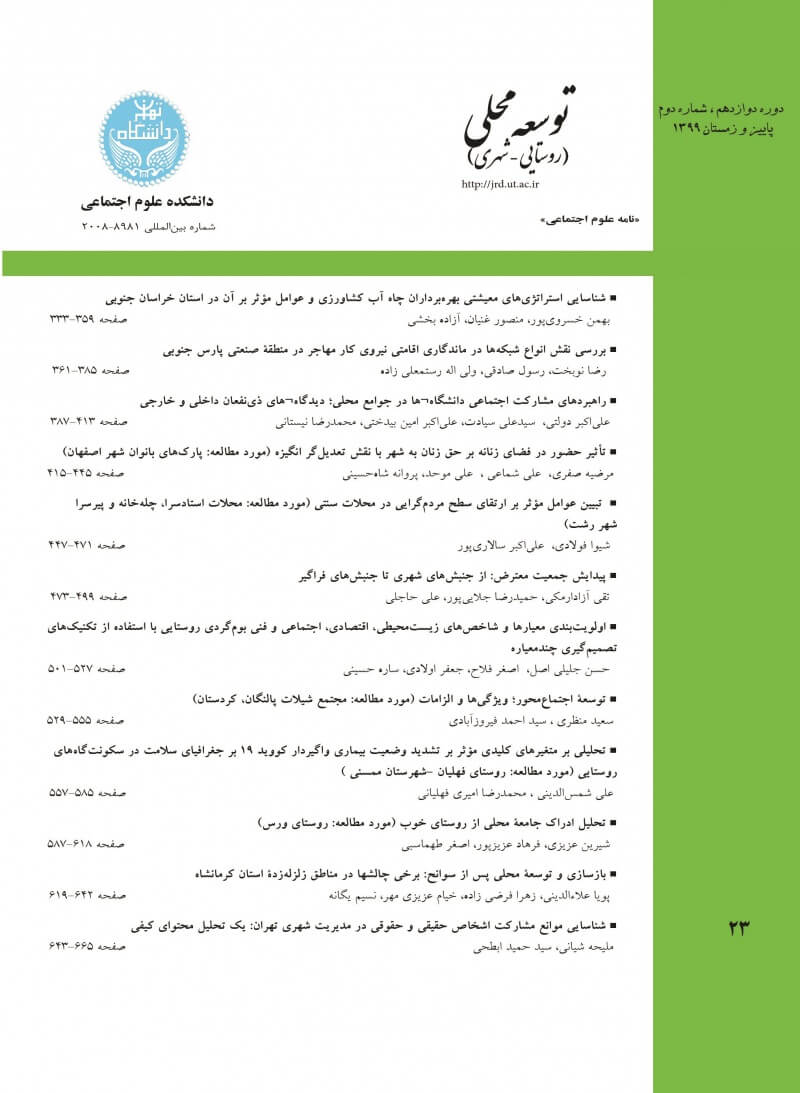